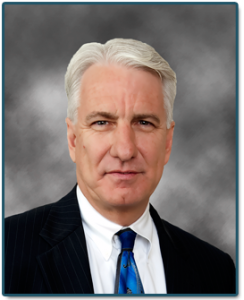 Founder and Lead Attorney of the Crowley Law Group, Mr. Crowley has been practicing criminal law for more than 30 years and is a Criminal Law Specialist, certified by the State Bar of California’s, Board of Legal Specialization for more than 20 years. He practices in both state and federal criminal courts and was named Criminal Defense Lawyer of the Year for 2005 by the Criminal Defense Bar Association of San Diego.

Today, he leads a team of lawyers who specialize in most criminal practice areas from DUIs to White Collar Crime, and civil practice areas such as Abusive Debt Collection, Civil Rights, and Administrative matters.

Additionally, Mr. Crowley has spent the past 26 years as an adjunct law professor at California Western, Thomas Jefferson and University of San Diego law schools, teaching Legal Skills, Constitutional Law, Constitutional Litigation, Criminal Motions, and California Evidence. Additionally, he is a business ethics lecturer at San Diego State University, and a regular writer, speaker and lecturer on the subjects of law and history.

He is a past president of both the San Diego Criminal Defense Lawyer’s Club and the Criminal Defense Bar Association (CDBA) where he is currently a director. He has co-chaired the 9th Circuit Judicial Conference of Lawyer Reps and the county bar’s Federal Court’s committee, and chaired the Lawyer Referral and Information Service.  A member of the San Diego County Bar’s Ethics Committee, Mr. Crowley is also a commissioner on the state bar’s Criminal Law Advisory Commission.

CLG prides itself on providing young attorneys and interns instruction and guidance on the practice of criminal defense. Our time in this endeavor is given free of charge (although, occasionally the law schools provide us with a free meal), to these students and lawyers who show passion for criminal defense in a manner that is proven through their work. That is, they are willing do everything possible for the client regardless of the charges and the challenges. This often provides additional in-depth legal research and the intern’s own emotional devotion which, because of time and expense, cannot always be provided by counsel.

We employ a multitude of investigators, each of which have expertise in particular areas. As with the interns, they must have the passion and devotion to the client that everyone else at CLG has. If they are just doing a job, we don’t want them working for our clients. We expect them to go above and beyond the ordinary, and those investigators utilized by CLG have proven that time and again.